Why doesn't my email work on this new phone? 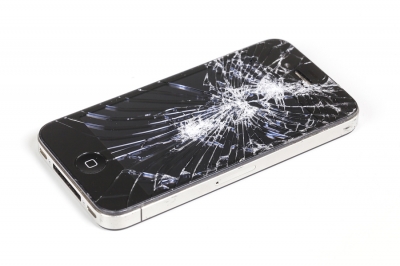 Who's fault is it when my email doesn't work?

“My email doesn't work and no one seems to know how to fix it. Who is responsible?”

This is a good question and, unfortunately, these days the answer is not always simple. First, some history...

Did you know that the first smart phone, known as Simon, was released IBM way back in 1993? Most of us didn't even know the internet existed back then let alone smart phones. Depending on what you classify as a smart phone the modern concept probably started for you with the Blackberry (2002) or the iPhone (2007). For me it was was when I got my first Android phone in 2010.

Before the smart phone, most people used their email on their home and office computer or laptop. There were only a few programs widely used and they all were competing to make their software compatible with as many providers as they could. Since the iPhone exploded onto the market, people have been using these phones to send and receive messages anytime, from pretty much anywhere. Where there used to only computers and laptops, mostly using programs like Microsoft Outlook, now we have email users using hundreds, even thousands of different devices and programs. To add on top of that, most of us now have more than one, often as many as 5 or more devices. In a nutshell, the demands on email systems today are far greater than it was even just a few short years ago.

During the rapid expansion of smart mobile technologies, the technology that email systems use has changed very little. The IMAP and POP3 services that most of us use for email are pretty much the same technology as they were 10 years ago. IMAP and POP3 are both well developed and stable technologies. The biggest thing that's happened to how email programs connect to send and receive email is related to changes in online security (SSL).

As we all know, every few months smart phone companies make a big deal about the release of the latest and greatest phones. At the same time the developers and programmers behind the scenes are busy building new versions of Android, IOS and Windows that allow all these phones to be smart. The cycle of development is so fast that new phones and new updates are often subject to a lot of bugs and apps built so fast that they are missing critical features and tools. This rushed cycle of development and release combined with thousands of different devices has led to a lot of problems.

One of the biggest problems email providers are facing, is that when a new phone or update comes out, the developers have made changes to the email apps that have introduced new bugs or made it difficult, sometimes even impossible, to get the new device working with the client's existing email service. In some cases this even appears to be intentional, as services provided by the phone company etc. will continue to work flawlessly yet outside email services will not.

This has made the job of supporting email customers a nightmare. Since the server technology rarely changes and is very stable, most of the problems we're seeing are related to these new devices and apps. Since there are now thousands of choices of devices, apps, and many versions in between, it's very hard for any technical support person to be able to provide a quick and effective resolution to email problems that 5-10 years ago were a simple task. The worst part about this whole thing, is that the companies that produce and develop the phones and apps are more than happy to leave the burden of supporting their products on the shoulders of the email providers themselves.

While it is true, sometimes email servers have problems, it is more often than not something to do with the phone, app, or settings used on the device that are causing the problem. If your email service provider has tested out the server and confirmed it's working normally and are telling you that there might be something wrong with your device – try taking down the settings that you are given and contact the company that provides your phone and/or email app and see if they can walk you through the process. Since they are the ones that created or sold you the product, they should be more familiar with how their systems work and how to fix the problem.

Read more about email services and support here on our blog!

Find out how to access SilverServers through the construction on Lorne St, the effects of our blog l...

Meet the CEO and President of SilverServers!